Canada has 42 National Parks. Our national parks are one of the best reasons to visit Canada. Stunning ancient forests and many species of vegetation are saturated with wildlife.

Banff National Park was the first national park, and was established in 1885. Throughout Canada there are over 1000 provincial parks and 50 territorial parks. Their features are as diverse as the landscape itself.

The following is a list of Parks and National Historic Sites in Canada. There is a complete list of National Parks on the Parks Canada Website. 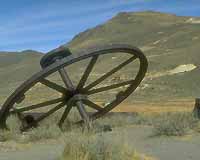