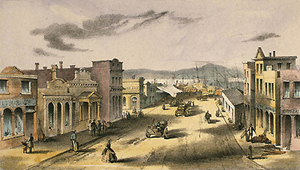 1629
Quebec City captured by an English fleet led by David Kirke, (he also captured Port Royal the year before)

1649
Attacks by the Iroquois disperse the Huron; disrupts fur trade over the next fifteen years

1667
France, England and the Netherlands sign the Breda Treaty in July and with this England gives Acadia to France

1682
French explorer La Salle reaches the mouth of the Mississippi

1697
Treaty of Ryswick restores the status quo between France & England; Acadia is returned to the French